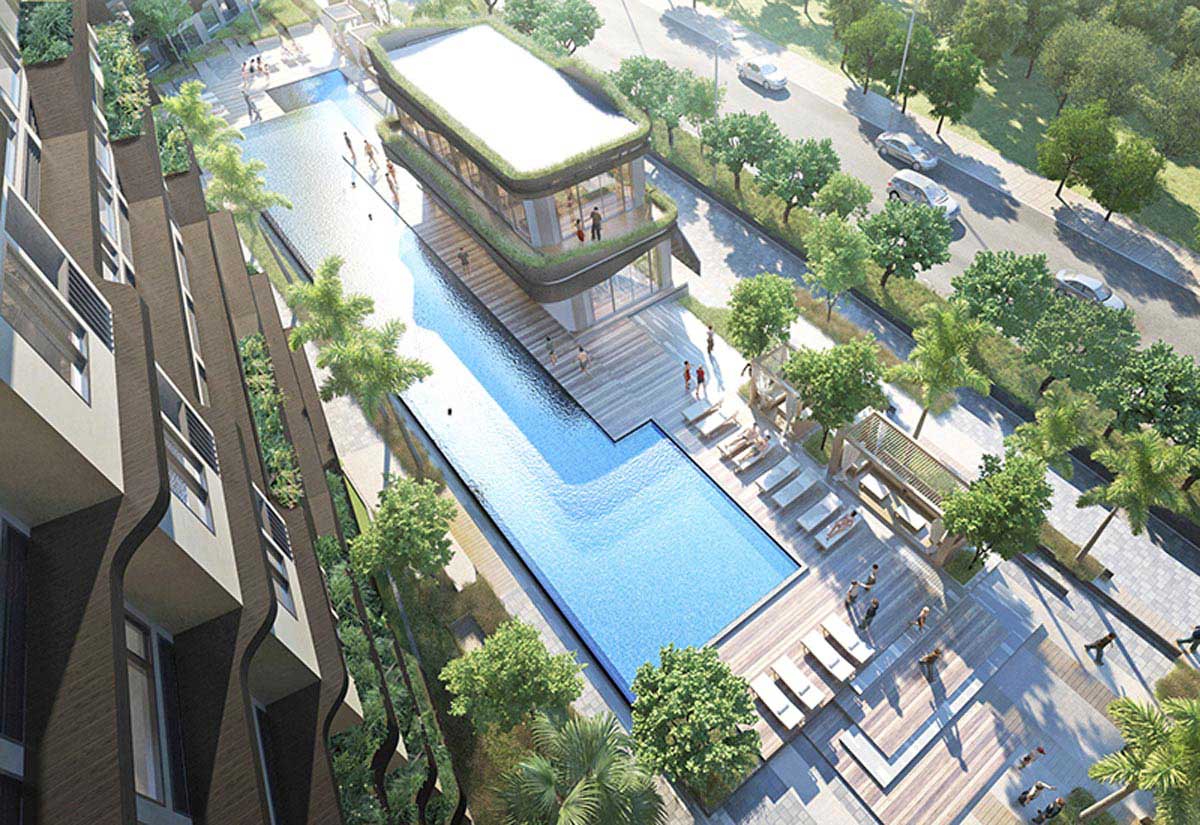 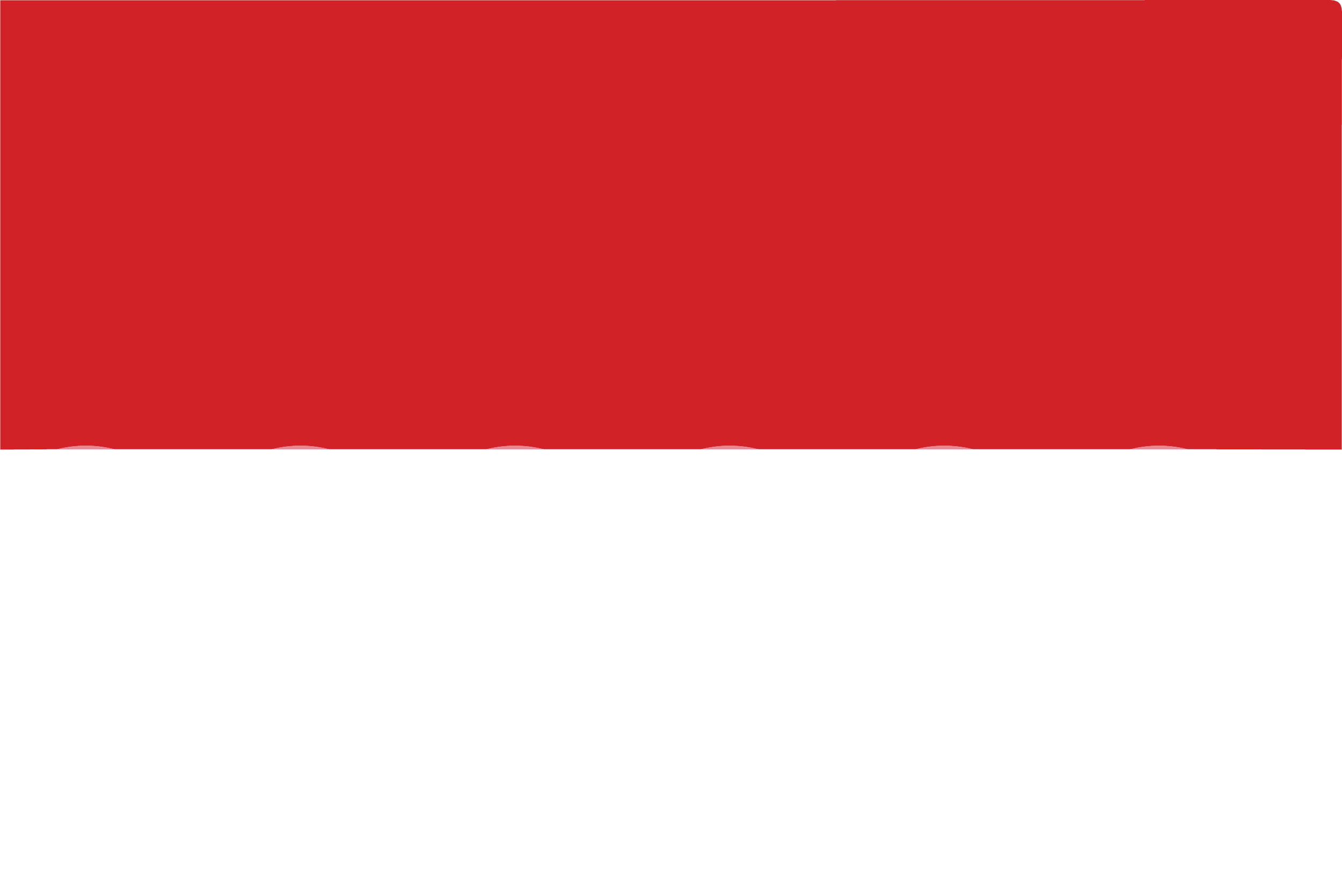 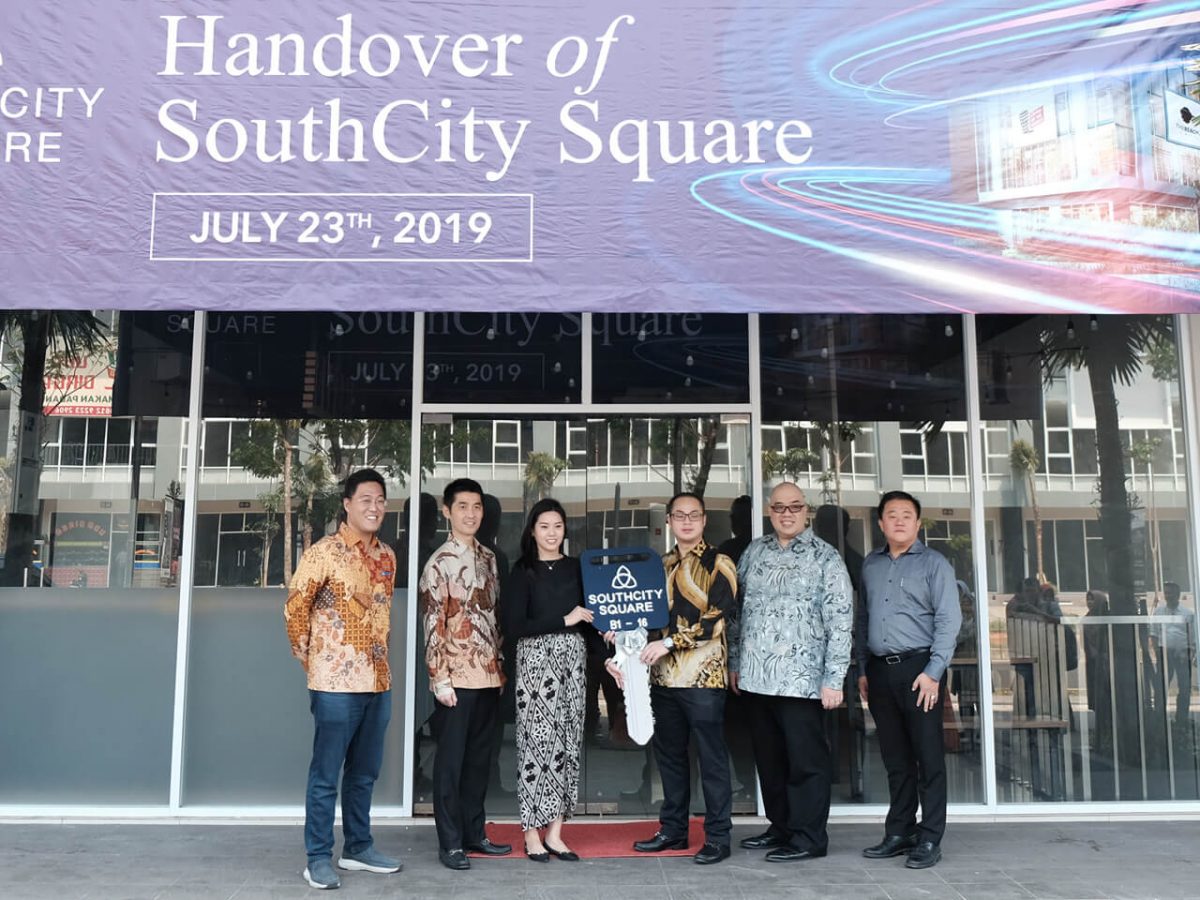 PT. Setiawan Dwi Tunggal (SDT) handed over the unit, Ruko SouthCity Square today, Tuesday 23 July 2019 in the Pondok Cabe area, Jakarta. The handover is in accordance with the developer’s target since it was built in 2017. This commercial property of a shop house (ruko) which is strategically located right at the entrance to the SouthCity area, South Jakarta has 44 units of Food & Beverages (F&B) boutique shops with a land area of ​​17,000 square meters (m2). A special and unique design, a modern boutique concept with a glass facade makes the atmosphere like an outdoor mall with a comfortable green landscape, a fairly large and spacious size and neat arrangement, as well as a strategic location seen from the number of vehicles through the 55 hectare SouthCity superblock area which is fairly busy is part of the special feature of SouthCity Square. “Not only that, another feature that makes SouthCity Square different from other shop buildings is that the parking lot is built underground on the basement floor; which makes tenants choose SouthCity Square as the first choice to develop their business. Now there are several F&B tenants that have been operating, such as the Padang Uda Dirga restaurant, Pochajjang Korean BBQ and KULO.

“We are grateful, the handover of the SouthCity Square unit was on target and on time. This shows our strong commitment to investors and end users who have entrusted their investment to us, “said SouthCity Director, Peony Tang.

Peony Tang stated that Indonesia’s current macroeconomic conditions are relatively conducive, marked by economic growth of around five percent and post-election conditions that are relatively conducive. According to Peony, the government’s strong commitment to building infrastructure is also a driver of optimism for developers this year. “Therefore, I am optimistic that SouthCity Square is very prospective. This belief is also supported by the availability of infrastructure, such as Mass Rapid Transit (MRT), 3 new TransJakarta routes that pass through SouthCity-Lebak Bulus, SouthCity-Kuningan, Pondok Cabe-Tanah Abang and 3 access roads to Depok-Antasari, Jagorawi and Serpong toll roads. The ease of access will increase the investment value in SouthCity, ” she explained.

Located on the main road of the SouthCity integrated development area, the two-block shophouse buildings SouthCity Square 1 and SouthCity Square 2 carry a concept that combines modern living standards and dynamic elements of urban living by meeting the cosmopolitan community’s need for a luxurious place to Eat, Meet and Play.

The development of this retail area is divided into two stages. The first stage, he added, consists of 18 units, while the second stage consists of 26 units. The three-story building plus one rubanah has different types of front width, ranging from 5.5m, 8.2m, 9.7m to 11.85m. All of them have the same length of 17.5m. “Prices range from Rp. 4 billion to Rp. 11 billion per unit,” said Peony.

SouthCity Square is a retail and commercial area part of the SouthCity superblock area which occupies a total area of ​​55 hectares (ha) in Pondok Cabe, South Tangerang, Banten. Fortunia Residences landed house housing has now been built, and will follow The Parc, as the first low rise and coliving apartment in this area which will conduct groundbreaking in August. In the future, there will also be retail, commercial, shopping centers, offices and hotels areas.

Some of the accesses to this project area include the Lebak Bulus and Fatmawati MRT stations. Then, coupled with the Depok-Antasari toll road through the Andara and Brigif toll gates which started operating in 2018, plus the Cinere-Jagorawi toll road through the Cinere Toll Gate and the Cinere-Serpong toll road via the R.E. Marthadinata, which is planned to start operating in 2021. Currently, SouthCity is also equipped with a bus shelter for Transjakarta Buses on the route Pondok Cabe – Tanah Abang, SouthCity – Kuningan and SouthCity – Lebak Bulus. This will certainly be a plus for potential residents of SouthCity as a whole.

SouthCity Associate Director, Stevie Faverius Jaya said that location and ease of access are the advantages of SouthCity Square. These two factors are taken into account by buyers and tenants of the unit. “We are very aware of this, so we prove our commitment by first building infrastructure, namely public roads in the area and also the SouthCity bridge which opens direct access from the Pondok Cabe area to Cinere. In the future, we believe that SouthCity Square can become an iconic culinary center and hang out in this area” said Stevie. 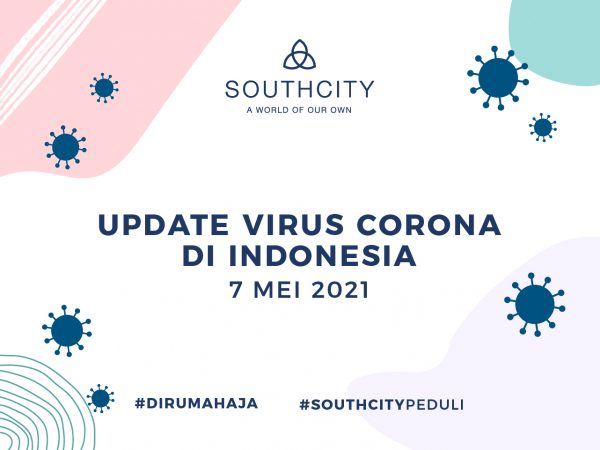 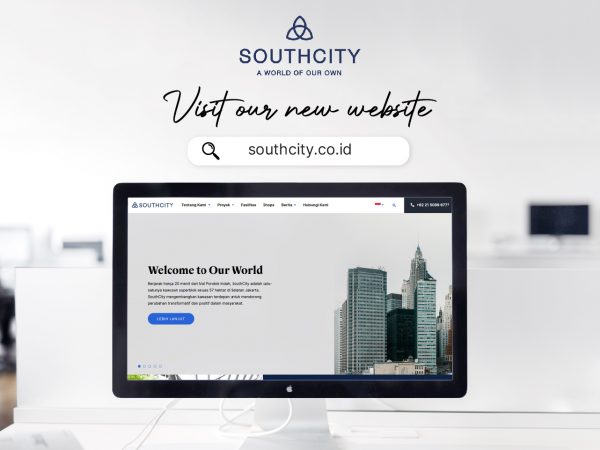 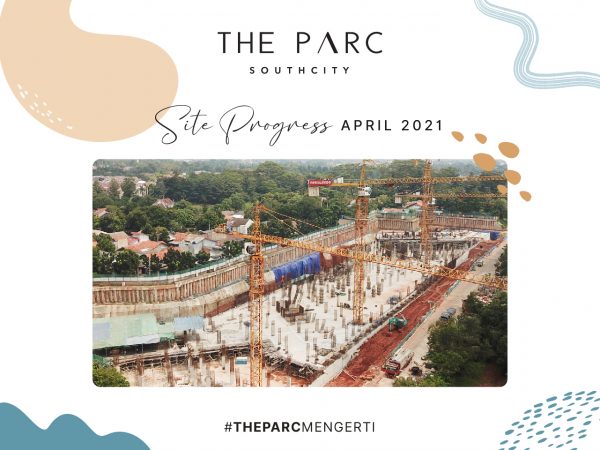 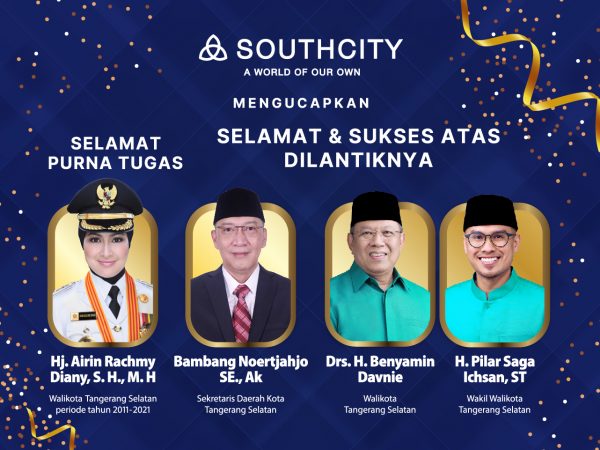 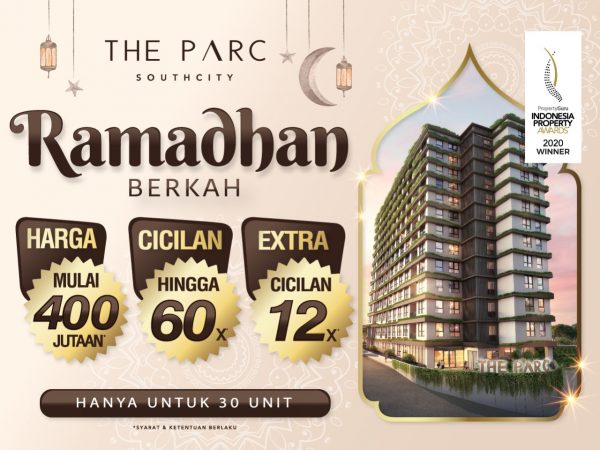 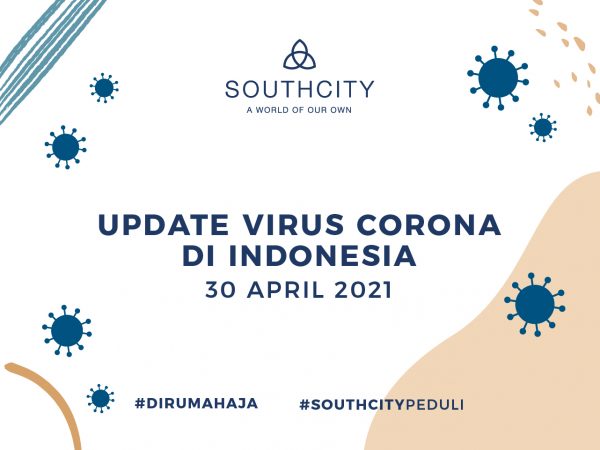 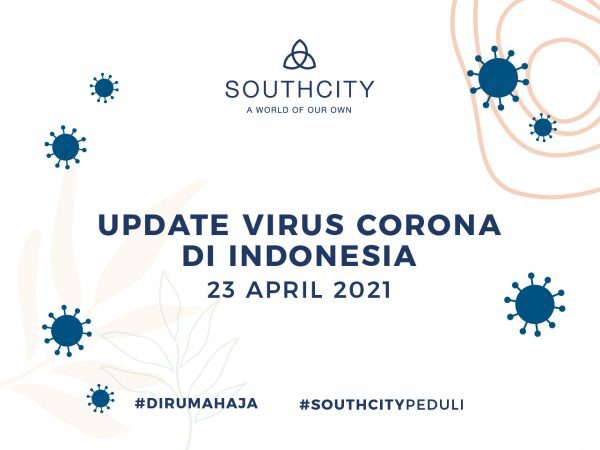 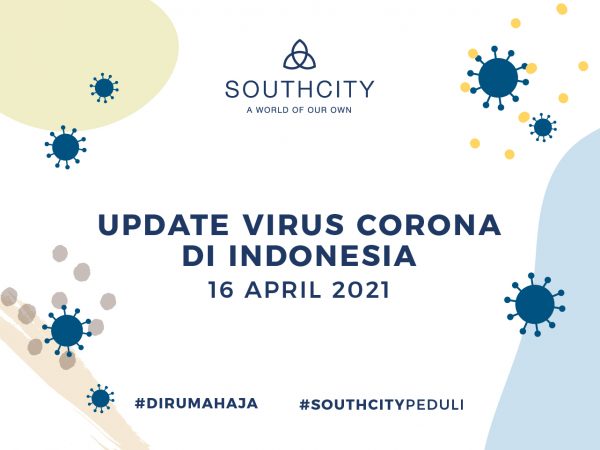 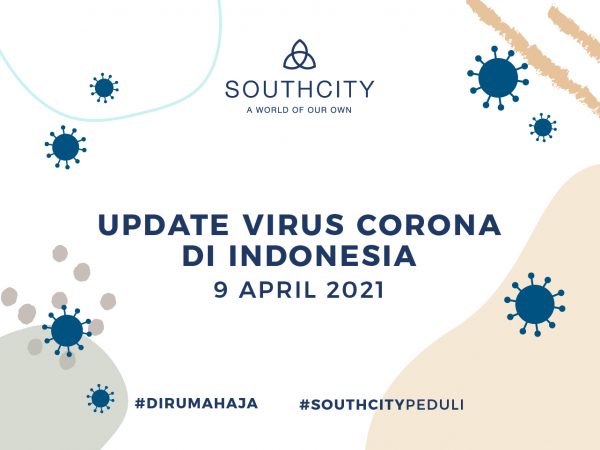